Posted on March 1, 2012 by Andrew Caudle in Newsletter

We are so grateful to the Lord for the opportunity to serve Him! This year has been filled with many events to serve Him in and around the southeast and in Nicaragua. I wanted to give you an update on what has been happening and what is coming in the next few months.

On February 4th, I was privileged to lead a team made up of 18 people to Juigalpa, Nicaragua. The Lord opened many wonderful doors of opportunity. It has been 2 years since I spent a full week in Juigalpa, so it was like a homecoming of sorts. The pastors there were so eager to see us, and we saw many of the children that we used to work with at the orphanage there. Part of the team spent their days working with children at a bibles school and doing street witnessing and others spent much of their time teaching in a pastors’ conference, laymen’s conference, and a women’s conference. Training Nicaraguan pastors and leaders is the main thrust of what we are doing now in Nicaragua. The ministry to children is ongoing and always a big part of what we do there as well. The above picture speaks volumes to me. In fact, it is what M.U.D. Ministries is all about in Nicaragua-unknown preachers laboring in obscurity and poverty in a part of the world that very few people can even locate on a map. There is much to be learned from them! Consider what you see, and think about their lives for such is the Kingdom of Heaven.

The first thing we learn from these men is that God’s work is perfected in weakness. There is not a known man among them. They have never had the privilege of going to a well-known seminary and obtaining a degree. They have an extremely limited library-a Bible, concordance, and maybe two other books. They have no political power or worldly influence. They are financially destitute. Most North American children get an allowance greater than these men’s salaries. They are mocked and made fun of at every turn for their stance on the Word of God. However, in these earthen vessels is found the glorious treasure of the Gospel! They preach and they preach and they preach the Gospel, and God uses that preaching to save souls! God has made them worthy; He watches over them and guides their steps. He answers their prayers. God gets glory from their lives!

There is something we must ask ourselves, “Are we too strong to be used by God?” It is easy for us to develop a sense of independence and self-sufficiency. The more we recognize our need of God, the more God displays His strength in our lives. Brothers and Sisters, we cannot breathe apart from God’s grace, much less be forgiven of our sins apart from His grace. Why then do we like to think that we are able to do something on our own? We can be easily deceived. The Scripture tells us that God has no need of man. We were saved to serve. We have been granted a privilege of being instruments of His grace but only when we acknowledge our own weakness.

When looking at a man, it is not hard to find flaws: Noah, Abraham, Moses, King David, the list could go on. They all demonstrate to us that even men and women who are used of God greatly are not great in and of themselves. It is God that is good!!

The second thing I have learned is that God’s work is perfected in smallness. These men are not great, and they don’t have a “drawing card.” They are not former famous athletes and authors. They do not have big comfortable buildings and programs that scratch every itch of man’s entertainment desires. They are little men with little ministries who do little things with the little that they have. And yet, they are the very tools that God uses to do His work in this world. Some of the greatest sermons ever preached have been preached to a handful of people sitting on plastic chairs and in the dirt. This is God’s work, and He gets more and more glory because of their obedience.

There is so much more that I could say, and I might in further newsletters. For now I will end this portion of the newsletter and ask you to pause and pray for these men. They need our prayers and support. They have asked me to partner with them, and we will do that. Prayerfully, I will be returning in June and in September to spend time with them. I hope to have the opportunity to take with me some much needed resources for them. Study tools and Bibles are on the top of the list. I like to take down solid books that will equip and encourage them in their efforts to equip their people for ministry. It is good to take Bibles down because many in their communities do not have Bibles and it allows them to give new converts a Bible to read and study.

We also were allowed the privilege to go preach the Gospel at the Juigalpa jail. This is something that we have wanted to do for several years, and God opened the door for us to go in. We were not allowed to take pictures, and the conditions are hard to describe. It was bad, and my heart broke for these men and boys. Yes, there were boys in this jail too. They were scared and wanting to get out. When we walked in, there was much jeering, and it was loud. I began to preach the Gospel, and a Holy hush came all over the entire holding facility. There were 180 inmates. They listened intently, and I proclaimed the Gospel as did two other preachers that were with us. Several of the men were weeping and crying out to God to save them. It was a glorious moment of God pouring out His forgiveness on some of the hardest men in Nicaragua. They begged for us to stay and teach them more. We were able to arrange with the head jailer a time of Bible Study once a week with these men. One of the pastors or Adrian, a missionary from Argentina, will lead that study each week. They asked us to bring back little bars of soap and small bottles of shampoo. I hope to return with these items if you want to help in that effort.

The VBS, street witnessing, and other conferences went very well too! I am very grateful for the men and women who came and poured their lives into the Nicaraguan people during February. Please pray now for the seeds that were planted and for those that are going with me in June. If you are interested in going in either June or September, please let me know ASAP! I’d love for you to be a part of this missions endeavor.

The week after I returned from Nicaragua, I found that I had some serious issues with my heart. I will not say much about that except to ask you to please pray for me. The issues are serious but prayerfully can be worked through with some medical attention.

The following week, I had the opportunity to preach to over 1,200 men in Luverene, AL, at their 17th annual “Swamp Supper!” It was a lot of fun, and I met many men who had a passion for the Lord. God did a work in the hearts of many of the men that were in attendance. Souls were saved and lives were changed by the power of God! I preached at South Luverne Baptist and FBC Rutledge as well. Again, God seemed to pour out His Spirit, and one young man came to Christ. Many others were deeply stirred to a deeper relationship with the Lord! I am preparing and praying now for an Outdoor Extravaganza and All-Family Revival in Prattville, AL, at Boone’s Chapel Baptist Church next week. I will be preaching in Kentucky on March 13th at the Breckenridge Baptist Associational Sportsman’s Banquet and in Dothan, AL, at Heritage Baptist and Mt. Enon Baptist on March 25th. I will be preaching at the Columbia Baptist Association (located in Dothan, AL) on March 26th, at their Pastors Conference, as well. Please pray for us!

Our ministry is faith-based and we depend upon those of you who will support us with a monthly donation to continue. We require no set fees at any of the churches where I preach, and operate on love offerings. Please know that we appreciate and need your prayers, and your partnerships help us continue to stay on the mission field both here and in Nicaragua! 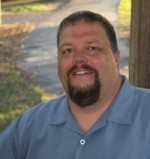 M.U.D. Ministries is committed to doing God’s Work, God’s Way, for God’s Glory! Our focus is Biblical Evangelism, God-honoring Missions, and Christ-centered Discipleship both nationally and on the international mission field.

Would you consider supporting M.U.D. Ministries?